Right now, all across the country skiers are getting excited. The leaves have all but left the trees, the sky is getting dark earlier than it should, and the air is starting to get awfully cold which can only mean one thing; snow is almost here.

Skiers love snow. It is the lifeblood of our sport, but what if it didn’t keep falling? 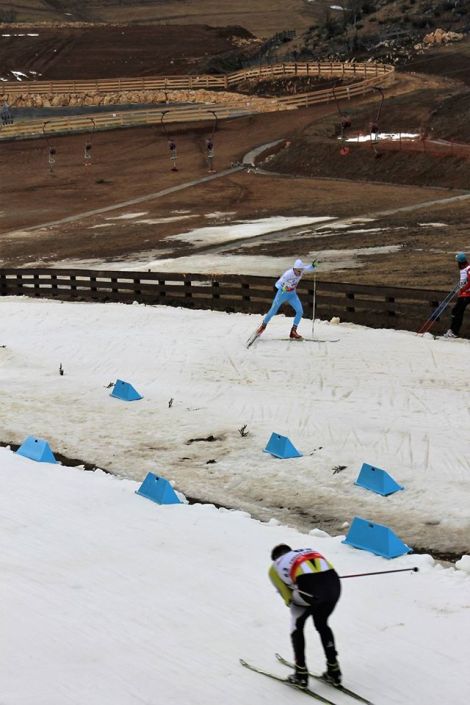 It’s not exactly a secret that the effects of climate change are directly affecting the glorious 5 month stretch we call “the season.” 2016 was the warmest winter on record, and those above-average temperatures combined with below-average precipitation levels to give us one of the most unsatisfying winters in recent memory.

Every skier has experienced this warming in some way. Whether it’s the fact that spring is arriving almost 2 weeks earlier than it should be, or that there’s nowhere to go and train except on a little hamster loop at your local ski center, this new “normal” for winter is hurting our sport.

If you’re reading this blog you probably love to ski, or you know someone who skis, maybe you’re just a fan. No matter why you’re reading this, you’re probably excited for this upcoming season, and you might be starting to worry about our vanishing winters. So what can we do?

First and foremost, get involved with the outdoor sports community on this issue. Go join Simi Hamilton and Andy Newell over at Protect Our Winters. Or see what Bill McKibben is up to at 350.

Secondly, use the upcoming election to advance the conversation on climate change.

This is not meant as an endorsement of any candidate in any race for political office. America will always find a way forward regardless of who sets up shop at 1600 PA Avenue. If the world ends on November 9th it will only be because the Chicago Cubs have become world champions and that Karmic imbalance will have lead to the implosion of our galaxy. But just because we’ll all wake up on Wednesday morning doesn’t mean the election shouldn’t matter to skiers.

It’s been almost 18 months, countless speeches, and 3 full presidential debates without a single, pointed question about climate change. That is like, a gigantic bummer.

National and International action is the only way climate change will ever dealt with. It is the best way to create significant changes in the human behavior that has lead us to our current state. Elections matter because we get a chance to choose who will be making those decisions, we get to choose whether or not our country is going to start discussing climate change for real, whether or not we’ll put climate change forward as an important issue. And it is important. Climate change has the potential to create century long droughts, flood the home of the Cuban sandwich, and take away our snow.

In 20, 40, or 60 years we might not have snow, so take a second and think about skiing. Sport is not the only reason to seek this change, but our passion for sport can be one of our greatest calls to action.

What has skiing given you? Skiing has given me direction. Skiing given me goals and the opportunity to work for them, skiing has also introduced me to many of the finest human beings on this planet. I’m willing to bet many of you feel the same way I do. Skiing is too important to just let go of, we have to let it keep on giving.

So please, before you vote, research your candidates. Go out and google. Find out which candidates in your home are going to help protect your winters. In the words of my very wise teammate Annie Hart “Informed decisions are the best decisions.”

The truth is, there is no magic bullet. We won’t save the world by Wednesday morning. The globe doesn’t have a thermostat we can just turn down. But it’s not hopeless; nothing can stand in the way of the power of millions of voices calling for change, and if we do that, what we can do in 2016 is start a discussion that might just save skiing. 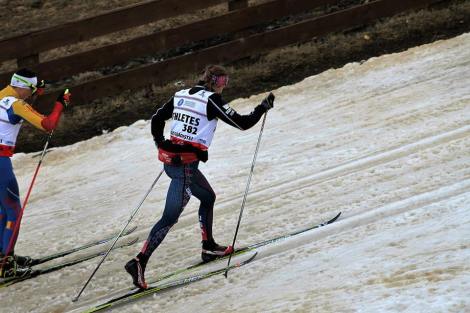